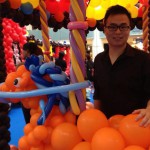 One of the key objectives of the IATSS Forum is to develop Asia’s next-generation leaders. The forum defines ‘leadership’ as the maximum use of group power towards the achievement of an objective. Since nurturing tomorrow’s leaders is one of the fundamental hallmarks of the forum and as there is always a need for organisations to have succession planning in place and the injection of new blood to management ranks, nurturing young leaders and instituting a system for succession planning is crucial to the renewal and survival process of any organisation. My initial sentiments and excitement for this programme can be more or less summed up by my long standing belief that leadership development is a crucial process which should commence sooner rather than later and hence, I am of the opinion that it will be more be appropriate for organisations to nominate their employees (to the IATSS programme) who are at the early stages of their careers and working lives rather than individuals who are already at the prime point in their careers.
As Gichin Funakoshi, the founder of Shotokan-Karate puts it, “Success, cannot be attained alone. Any person’s time and power is limited. A wise leader enlists others in working towards organisational goals”. It is important to state that Funakoshi was a member of Japan’s Meiji-generation. Coincidentally, Funakoshi was born on the very year that the Meiji Restoration began – the year of 1868 – a significant year in the modern history of Japan. The restoration was responsible for the emergence of Japan as a modernised nation in the twentieth century as it led to a fundamental rethink and reorganisation of Japan’s social and political structure. The Meiji revolution accelerated industrialisation and made Japan one of the world’s most advance nation in technology during the early twentieth century and the effects of that revolution is evident up till today – e.g. the Japanese automotive industry pioneered by companies such as Honda, Nissan, Toyota & Mitsubishi is the envy of the world today.
The Meiji revolution would not have been successful had it not been for the visionary spirit of Japanese leaders and the innovative drive and gumption of Japanese industry pioneers such as Iwasaki Yataro (founder of Mitsubishi) and Soichiro Honda (founder of Honda). Like Henry Ford, they knew how to maximise the potential of their employees, capitalise on new technologies for productivity gains and willing to nurture a team capable of succeeding them beyond their tenure. Honda, in particular, knew how to keep his employees driven. Today, the Japanese Grand Prix in Suzuka is the prime event on the Formula 1 Calendar and this was made possible because of Honda’s foray into Formula in the 1980s under the name ‘McLaren Honda F1’ which saw the Honda-powered McLarens dominate almost every single race during the Prost-Senna era of 1980s. The 1980s saw the Anglo-Japanese team winning five back-to-back constructor and driver championship titles.
Thus, in light of the reasons stated above, I am grateful that I have been offered an opportunity by the IATSS organisation to embark on a two months intensive journey in leadership training where I will be learning from my Japanese and ASEAN counterparts on the solutions implemented in their respective countries over a range issues ranging from climate change, good HR practices to management and personnel training. I am confident that I will emerge from this programme as a more confident, disciplined and committed individual that possesses the ability to work more fluidly within the dynamics of a very diverse team environment. I look forward to the 55th IATSS programme as the Japanese success story – particularly in the automotive and technological sectors – is one that is worth emulating as it commands the respect of many professionals. I truly believe that the only viable answer to ‘leadership training’, ‘personnel management’ and ‘succession planning’ – which is evident in many successful Japanese companies such as NEC and Toshiba, will the ability to work well in teams and with individuals from diverse backgrounds with different skills and talents – and the IATSS Forum Leadership Programme provides one with just the perfect leadership setting to be in.